Franklin County CASA, Inc. advocates for the best interest of children of abuse and neglect who are under the protection of the Franklin County and Gasconade County Juvenile Courts.

Through highly trained community Volunteer Advocates, the child's needs are heard, researched and advocated for throughout the duration of the child's time before the court, thus securing a safe and permanent home for all such children.

Find out more about about volunteering 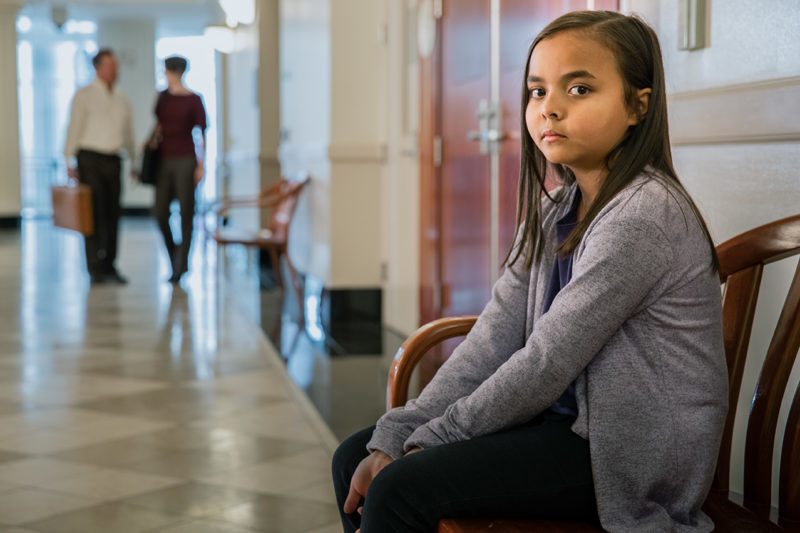 A BRIEF HISTORY ON HOW CASA STARTED

Franklin County CASA is part of a much larger network. We are just 1 of 950 CASA programs across the nation.

The idea of CASA began in 1977, by a Seattle juvenile court judge, David Soukup. He was concerned about making life changing decisions regarding abused and neglected children, with insufficient information. He decided a change was needed and started a program where community volunteers would be trained to speak up for the best interest of children in court ensuring a safe permanent home for them.

In 1982, National CASA was developed in effort to unify the many CASA programs across the country, bringing them all together to have one voice.

Since the beginning, CASA has swept across the nation, making a difference in the lives of more than 2,000,000 abused and neglected children.

Franklin County CASA started in 2006 with a steering committee and opened their office located in the county seat. Then, in the summer of 2016, our program expanded into Gasconade County with two satellite locations. We are also members of the Missouri CASA Association and just 1 of 22 CASA programs in the state. 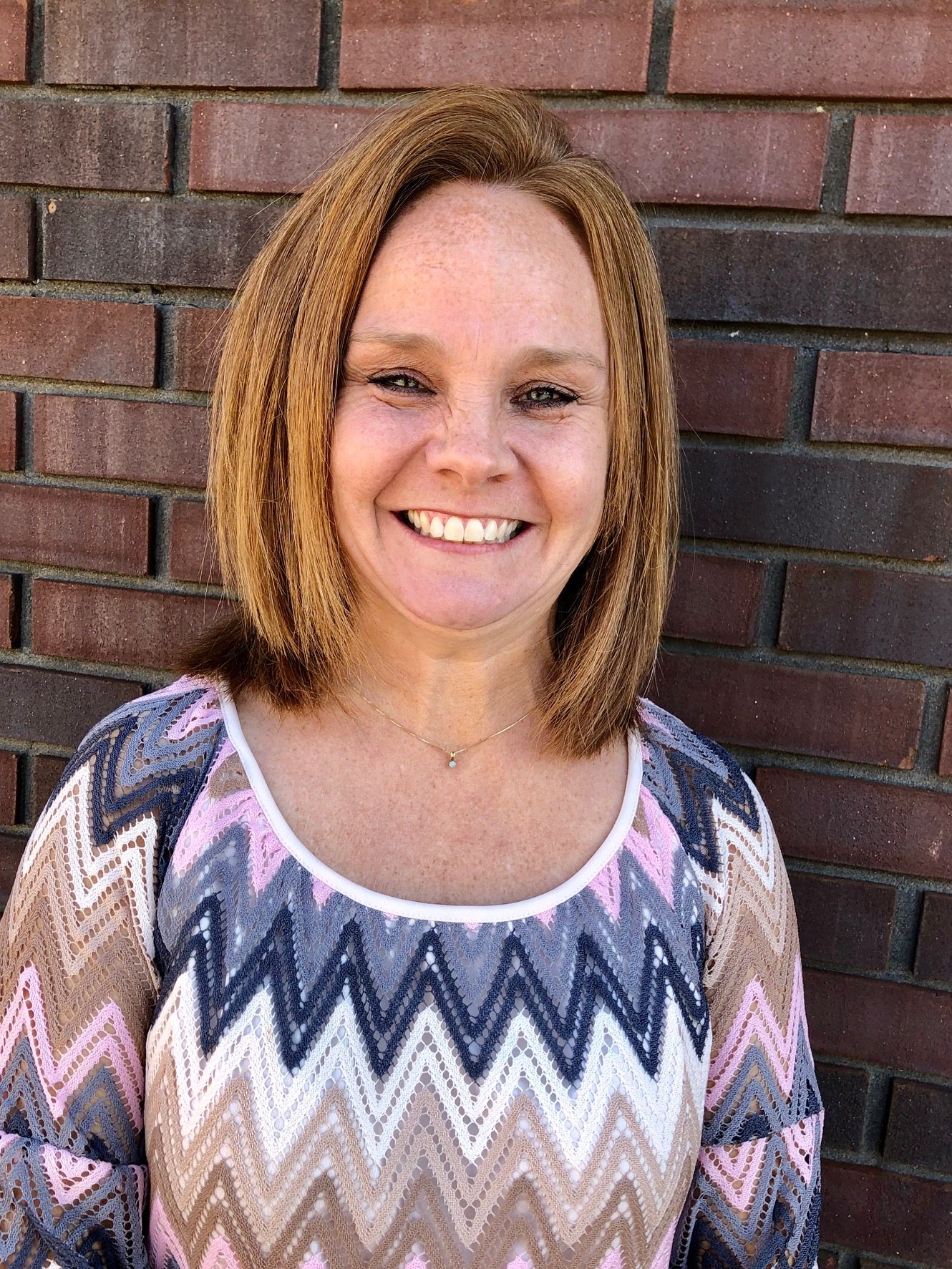 Glenda has been with Franklin County CASA since its inception. She has had the privilege of watching the program grow from an idea to a reputable organization positively impacting hundreds of children.

Glenda’s experience as a case worker, investigator and child advocate of nonprofit gave her experience to understand the needs of children, how to work in the juvenile court, and how to manage a nonprofit. Glenda spends her time at CASA recruiting, screening, training, and supervising CASA volunteers and staff to be the best advocates for children. She also manages office volunteers, ensures financial stability through grant writing, working with the board of directors, and staying connected to Missouri and National CASA programs.

When she’s not in the office, Glenda enjoys time with her husband and two teenage children camping, hiking, attending sporting events, and participating in her church (St. Gertrude) and children’s schools. 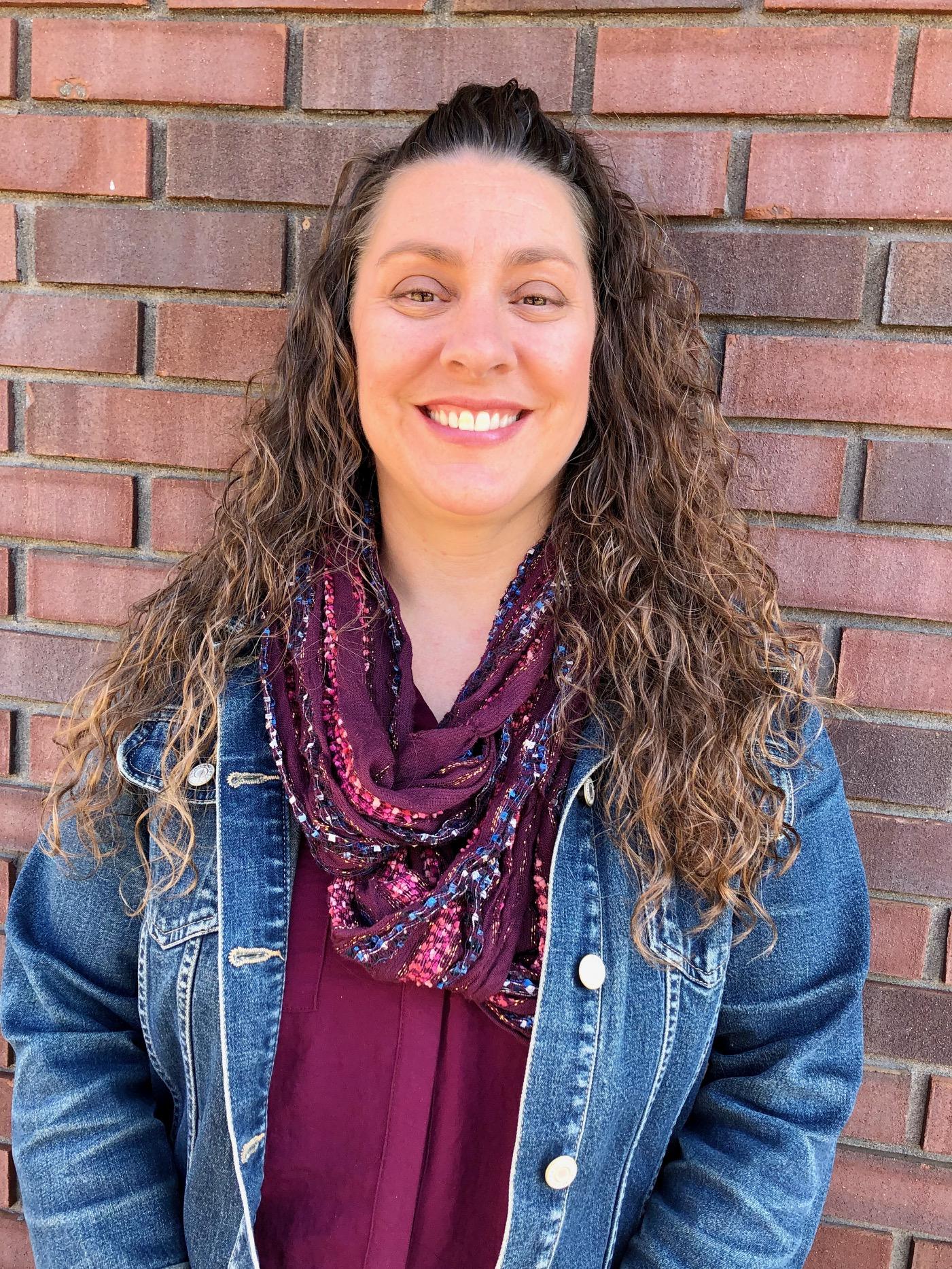 Angie joined Franklin County CASA in 2011 after spending 12 years as a case worker for the state of Missouri. Angie saw the value of CASA when she had them appointed to her cases as a case worker. She loved the individual attention given to the youth and saw that each CASA volunteer brought different strengths to the families they shared. Angie said she jumped at the chance to join the CASA family when there was an opening, and she’s been very happy since.

Angie spends her time screening and training the new CASA volunteers and supervising active CASA volunteers. A strength Angie brings to CASA is her passion for working with teenagers. Angie has taken the lead on a specialized program called Fostering Futures, which empowers teenagers in planning for their future. She stays connected to community agencies in her role as the Vice Chair of the Franklin County Service Providers. 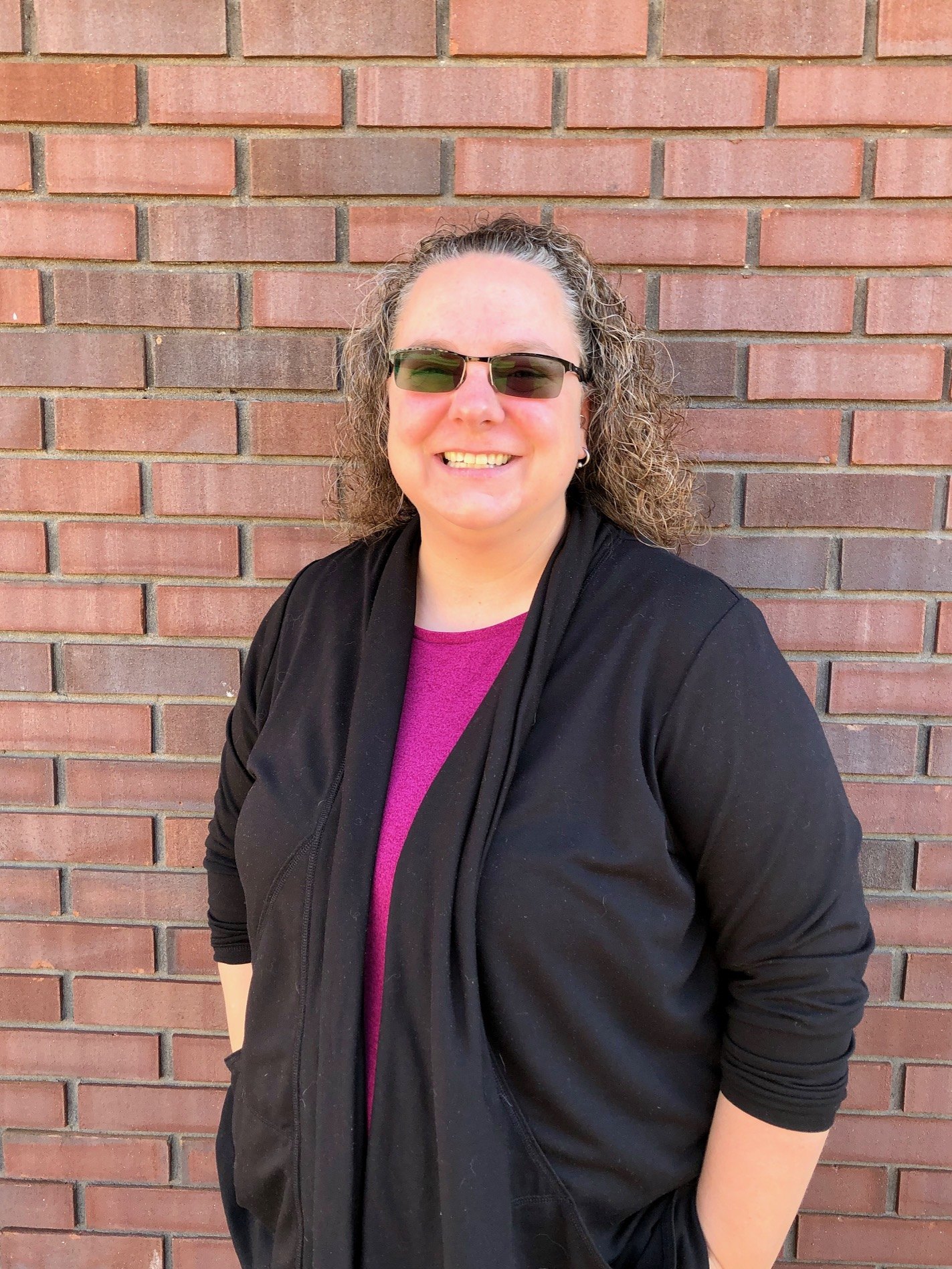 Lynne is our traveling Volunteer Coordinator who can be found at the Hermann, Owensville, or Union office. She spends her time screening and supervising CASA volunteers from Gasconade and Franklin counties. Lynne’s prior experience as a case worker and licensing worker for the state of Missouri has been very helpful in her work with foster families.

Lynne began working at CASA shortly after we opened the office in Gasconade County in 2016. She spends some of her time networking with the juvenile court professionals and service providers helping pave the CASA road in Gasconade County. To assist with volunteer retention, Lynne is responsible for creating the monthly newsletter for CASA volunteers to stay up to date on trainings, policies, and community events. This is also a way for CASA volunteers to stay connected with one another as they read success stories of their peers.

When Lynne isn’t working, she likes to coach her daughter's soccer team, and spend time with her husband, two daughters, and friends going to different community events. Lynne and her husband are huge BLUES fans who named their two German Shepherds, Elli and Oshie, after BLUES players. 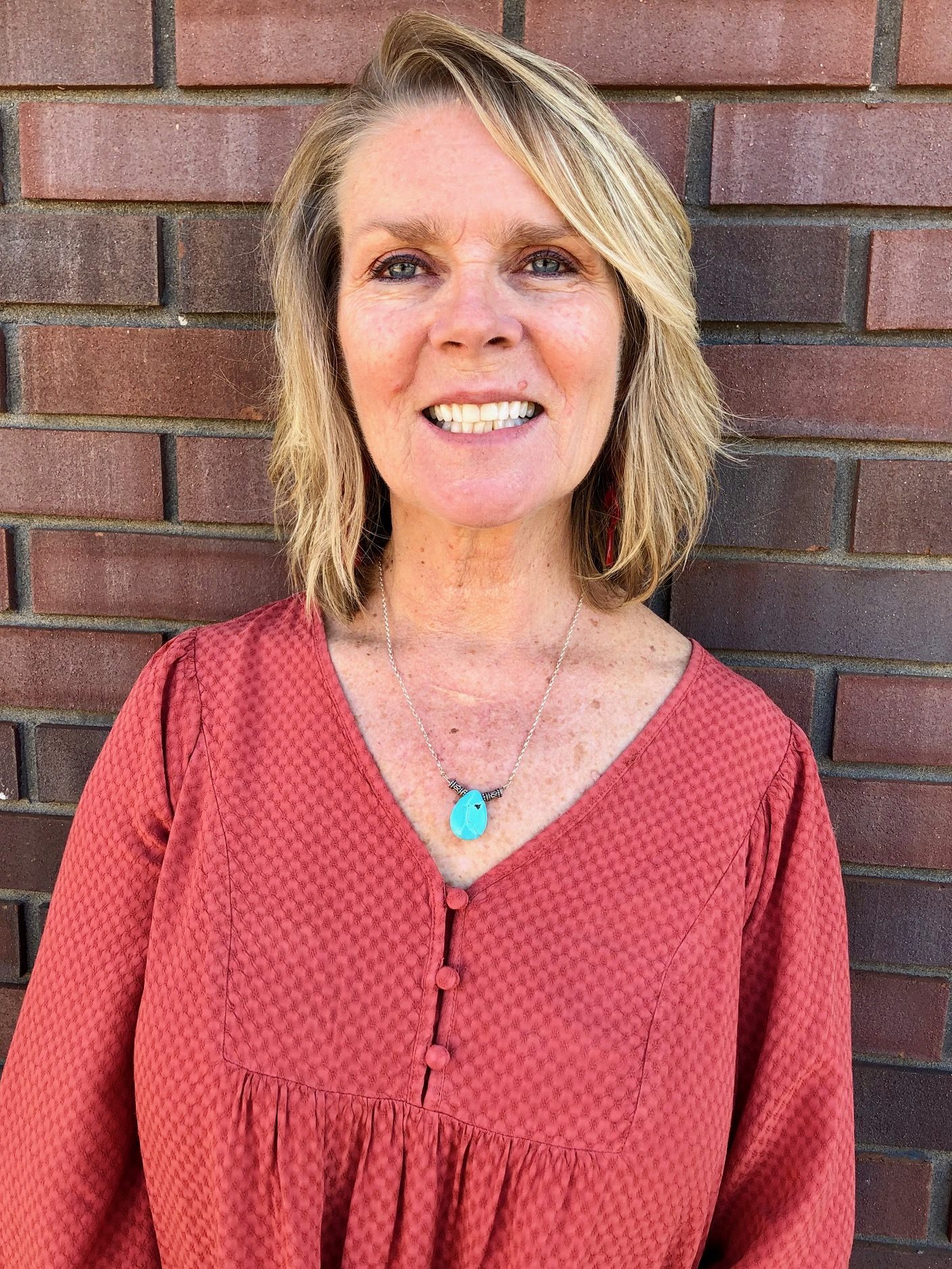 Susan began her CASA journey in 2008 as a CASA volunteer while she was teaching. Long after her CASA kiddo was adopted and shortly after Susan retired, she began working part-time for CASA in 2017. Susan’s creative touch has been a true asset to the CASA family as she organizes CASA fundraisers, outreach events, and volunteer appreciation events.

Susan knows no stranger and can talk the “CASA talk” with anyone and everyone she meets in an effort to recruit more child advocates. Susan travels between Gasconade and Franklin counties spreading the CASA word. She provides a welcoming atmosphere for current CASA volunteers and shares our stories through social media and booths in the community. Susan also connects with our donors through correspondence and quarterly newsletters.

Working part-time allows Susan the ability to travel often, cheer for her son at shooting competitions, and spend time with her husband and her sisters.

Ashley Schneider has been a perfect fit for the Franklin County CASA team. With her prior experience at Lutheran Family and Children Services and Children’s Division, Ashley was able to jump right in supervising cases as a Volunteer Coordinator. Ashley has been an “official” part of the CASA team since June 2019 but had worked with many CASA volunteers while being a case manager. She always found value in the CASA volunteer’s perspective and appreciated them.

As a Volunteer Coordinator, Ashley has a positive way about herself that makes each of the volunteers feel valued and understood when they come to her for guidance. She is quick to give you a compliment and continues to be creative with solutions when working with families. In addition to working with the volunteers to assist in permanency options, Ashley assist with pre-service training for potential volunteers and organizes the in-service trainings for current CASA volunteers. We are overjoyed with having Ashley a part of the CASA team!

Ashley enjoys spending time with her husband and teenage daughter. They are all overjoyed as they work on rehabbing a home to prepare for the arrival of their new baby they are expecting this summer.

Meet our Board of Directors

Meet our Board Members